This year’s Parade will again feature:

And the Star of the Show – Santa Claus! Elves will be accepting Christmas wish lists from children for Santa. Children who provide their name and address will receive a response from Santa in December.

The Parade route is as follows:

Some road closures and restrictions will be in effect  from approximately 9:00AM to 1:00PM.

The Wilmington Jaycees is a premier young people’s organization, affiliated with the United States Junior Chamber of Commerce, made up of men and women between the ages of 21 and 40. The Jaycees help people through personal growth, leadership development, and community involvement.

Questions on or to volunteer to help with the parade?  Please contact Alex Mili at AMili@comcast.net or Mark Oller at MOller1968@aol.com . 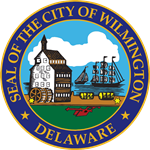